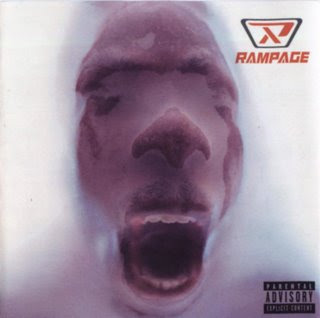 Horrific news to wake up to.

At least 12 folks, more may lose their lives in the hospitals, aren't waking up today.

The Coffee County coroner said McLendon started his day off with bloodshed at the Kinston area home owned by his mother; a home he ended up burning to the ground. The mother's body was still inside the house Tuesday evening, but Coroner Robert Preachers said officials had not been able to enter the house to determine if she was shot. It's also believed McClendon's girlfriend was killed inside the home.

The body count now stands at twelve, including the gunman. Others citizens and law enforcment officers were wounded as McClendon drove though town firing shots at anyone in his path.

The man's shooting spree covered two counties (Coffee and Geneva) and targeted people in the town of Kinston and the cities of Samson and Geneva in extreme southeast Alabama.

Victim identities and a motive remain unknown. Preachers confirmed that several other victims of the gunman were related to him including McLendon's grandparents, an aunt and an uncle. Investigators tell WSFA 12 News the victims ranged in age from 18 months to 74-years-old.

Col. Chris Murphy held an evening news conference at the Alabama State Troopers post in Montgomery to provide details. Murphy called the day's events "one of the worst tragedies in recent memory."

Murphy told media outlets that four adults and one child were found dead inside of one house, and one body was found at each of two other houses in the Samson area.

Investigators said McLendon drove down Highway 52 where he fired at least seven times on a state trooper vehicle. The trooper was wounded by broken glass.

He then drove to the Samson Pipe and Supply Company on Highway 52 where he gunned down another victim. Afterwards, he took aim at an innocent civilian at a local service station in the same area. That victim also died of their wounds.

Geneva police then began a pursuit of the suspect's vehicle, chasing McLendon to the Reliable Metal Products company in Geneva. Officials later confirmed he had been a former employee of the company, but the reasons for his leaving the company were not immediately know.

On there, officials said the man fired at least a 30 round burst of ammunition at the city police chief before running inside the business. The police chief was grazed by gunfire but was wearing a bullet-proof vest.

A short time later investigators said they heard shots inside the building, and when they entered the business they found the man dead of a self-inflicted gunshot wound.

WSFA 12 News has a crew on the scene and will have the latest information in a live report from there on Today in Alabama Wednesday morning.

Anyone who was in the area at the time with helpful information is asked to call the Dothan trooper post at 334-983-4587.

"My thoughts and prayers go out to families of the victims in the tragic shootings that occurred today in Geneva County. Now is the time for the entire Wiregrass community to unite and support each other as we mourn the loss of friends and neighbors. My offices in Washington and Dothan are here to assist local leaders, law enforcement, and the citizens of Geneva County in any way that we can. I plan on returning to the district as soon as possible to be with my constituents who have just experienced such a horrible tragedy."