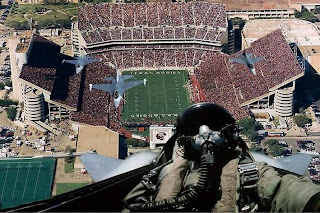 A new week and daylight savings time is kicking my butt this morning so let's get busy!

This is a tragedy for the victim's family. Losing two children for unknown reasons. This matter can be tried as a capital murder case.

BTW her statement is admissible in evidence as an exception to the hearsay rule as a dying declaration.

COLLEGE STATION — A Texas A&M University student who died along with her brother told police that her boyfriend shot her.

A police officer found Rachel Joiner in the garage of a College Station home with gunshot wounds to the hand and chest. Asked who shot her, she said, "John did. John shot me, my boyfriend," according to a police report.

Authorities say Thuesen who is 25, was taken into custody after calling 911. The pair was found shot at their College Station home where Thuesen was arrested around 12:45 p.m.

Officers arrived at the two-story home after 12:30 p.m. to find the Joiners, originally from Eldorado, shot.

Lt. Rodney Sigler has said Thuesen waited for police to arrive at the house and was arrested on two capital murder charges.

A clerk said Sunday no bond had been set for Thuesen. Jail records did not show an attorney for him.

Family members said funeral services would be held Tuesday at First United Methodist Church in Eldorado. The time has not yet been set, the Bryan-College Station Eagle reported Sunday.