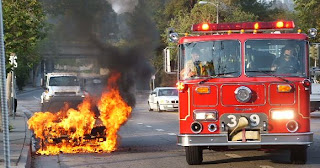 OMG! You have got to be kidding!

Ann, tell me your state is seriously not considering this?

Isn't this racist somehow, too?

In a move that will likely get California's consumers in a huff, impending legislation may soon restrict the paint color options for Golden State residents looking for their next new vehicle. The specific colors that are currently on the chopping block are all dark hues, with the worst offender seemingly the most innocuous color you could think of: Black.

What could California possibly have against these colors, you ask? Apparently, the California Air Resources Board figures that the climate control systems of dark colored cars need to work harder than their lighter siblings – especially after sitting in the sun for a few hours. Anyone living in a hot, sunny climate will tell you that this assumption is accurate, of course. In fact, legislation already exists for buildings that has proven successful at reducing the energy consumption of skyscrapers.

So, what's the crux of the problem... can't paint suppliers just come up with new, less heat-absorbent dark paints? According to Ward's, suppliers have reportedly been testing their pigments and processes to see if it's possible to meet CARB's proposed mandate of 20% solar reflectivity by 2016 with a phase-in period starting in 2012, and things aren't looking good. Apparently, when the proper pigments and chemicals are added to black paint, the resulting color is currently being referred to as "mud-puddle brown." That doesn't sound very attractive, now does it? Windshields, backlights and sunroofs are also slated to get reflective coatings starting in 2012.

When we first heard of this issue, an internal debate immediately began as to whether this might be an elaborate early April Fool's joke, but it isn't. Read through CARB's complete Cool Cars Standards and Test Procedures here (PDF link) for more.
Posted by Sam at 7:23 AM