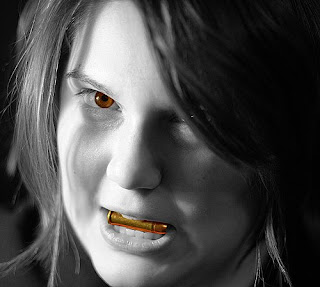 Ok then, thank God the ammo shortage will subside soon.

/sarc on The gun/ammo stimulus package has done remarkably well, much better than anticipated. /sarc off

Ammo shortage should subside soon
By Scott Sticker -The Herald-Zeitung

Since November, guns and ammunition have been flying off the shelves. People say fear has caused the increase in sales.

As gun owners are scrounging for ammo, officials say the shortage should subside soon.

“People are in a panic from supposed legislation,” Dietz Gun Shop and Range employee A.J. Muki said. “We don’t think anything will get passed, but people sure are scared.”

Ralph and Joyce Deitrick, who were shooting at Dietz range Wednesday morning, said that fear is real.

“People really are scared.” Ralph Deitrick said. “Since (President Barack) Obama was elected, guns and ammo are almost impossible to find. What are they scared of? It is sad to say, but it might be our own government.”

“Home invasion is also a scary thought,” added his wife, Joyce Deitrick. “Things are changing and getting dangerous. People are buying up guns for personal protection.”

People have been buying guns and ammo quicker than stores can restock.

“Obama is pretty much the salesman of the year,” Dietz joked. “We’re running out of supplies and people keep buying up more than they need. Some days, there’s nothing left to sell.”

The most popular bullets are .9mm and .380 automatic colt pistol caliber for handguns, Muki said.

“It should get better within the next month,” he said. “It’s definitely not a long-term shortage.”

Law enforcement officials said the shortage has not had an effect on them.

“Sometimes we have to be a little patient or search a little harder for ammo,” Comal County Sheriff’s Office spokesman Lt. Mark Reynolds said. “But we’re going to keep doing our job. The shortage hasn’t hit us at all.”

New Braunfels Police Department spokesman Lt. Michael Penshorn echoed that statement and said the NBPD has not had any shortage.

Officials with Wal-Mart said they were not able to provide their sales statistics for national comparison.
Posted by Sam at 6:38 AM