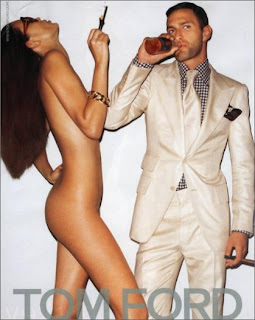 Just WTF is that?

A TOURIST who refused to take his clothes off at a swinger sex party has been blamed for "a mini-riot" at a north Queensland nudist colony.

Police were called amid threats of violence and lewd behaviour and ordered the Brisbane man and his wife from the adults-only "anything goes" sex party.

The White Cockatoo resort at Mossman, near Port Douglas, is promoting swingers and sex parties in a month of hedonism for March in a bid to boost sagging tourism figures.

Once billed as the nation's top group-sex hotspot for swingers, the resort made international headlines last year when The Courier-Mail first reported plans to lift a self-imposed swinger ban.

"They felt uncomfortable with him eyeing them off and I asked him to show some respect and take his clothes off," said the nudist colony manager.

"He then threatened to bash me, there was some argy-bargy and I ordered him off the premises and police were called."