Nuts to you (not) 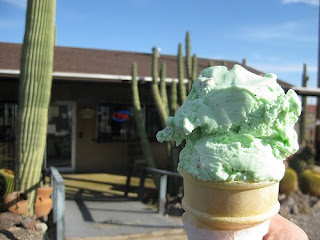 Do not eat the pistachio nuts.

You know, the ones which are basically addicting.

Yeah, You, put them down and step away from the bag. NOW!

FRESNO, Calif. (AP) -- In another food scare sure to rattle consumers who watched the national salmonella outbreak in peanuts unfold, federal food officials are now warning people not to eat any food containing pistachios, which could carry contamination from the same bacteria.

"Our advice to consumers is that they avoid eating pistachio products, and that they hold onto those products," said Dr. David Acheson, assistant commissioner for food safety. "The number of products that are going to be recalled over the coming days will grow, simply because these pistachio nuts have then been repackaged into consumer-level containers."

Two people called the FDA complaining of gastrointestinal illness that could be associated with the nuts, but the link hasn't been confirmed, Acheson said. Still, the plant decided to shut down late last week, officials said.

The recalled nuts represent a small fraction of the 55 million pounds of pistachios that the company's plant processed last year and an even smaller portion of the 278 million pounds produced in the state in the 2008 season, according to the Fresno-based Administrative Committee for Pistachios.

California alone is the second-largest producer of pistachios in the world.

The FDA learned about the problem last Tuesday, when Kraft Foods Inc. notified the agency that it had detected salmonella in roasted pistachios through routine product testing. Kraft and the Georgia Nut Co. recalled their Back to Nature Nantucket Blend trail mix the next day.

By Friday, grocery operator Kroger Co. recalled one of its lines of bagged pistachios because of possible salmonella contamination, saying the California plant also supplied its nuts. Those nuts were sold in 31 states.

Fabia D'Arienzo, a spokeswoman for Tulare County-based Setton Pistachio, said the company was only recalling certain bulk roasted in-shell and roasted shelled pistachios that were shipped on or after September 1.

Because Setton Pistachio shipped tote bags of nuts weighing up to 2,000 pounds to 36 wholesalers across the country, it will take weeks to figure out how many products could be affected, said Jeff Farrar, chief of the Food and Drug Branch of the California Department of Public Health.

"It will be safe to assume based on the volume that this will be an ingredient in a lot of different products, and that may possibly include things like ice cream and cake mixes," Farrar said. "The firm is already turning around trucks in transit to bring those back to the facility."

Salmonella, the most common cause of food-borne illness, is a bacteria that causes diarrhea, fever and cramping. Most people recover, but the infection can be life-threatening for children, the elderly and people with weakened immune systems.

For nuts, roasting is supposed to kill the bacteria. But problems can occur if the roasting is not done correctly or if roasted nuts are re-contaminated. That can happen if mice, rats or birds get into the facility.

The outbreak is still ongoing. More than 690 people in 46 states have gotten sick. Nearly 3,900 products made with peanut ingredients from Peanut Corp. of America have been recalled.

California public health authorities have taken hundreds of samples at Setton's processing facility, but lab results have not yet determined whether salmonella was found at the plant, Farrar said. The food companies' own tests of the contaminated products isolated four different types of salmonella, but none were the same strain as the one found in the peanuts, Acheson said.