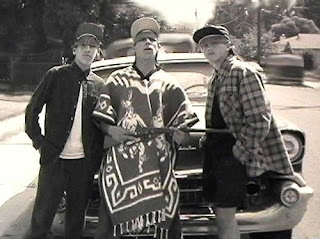 The rumor mill was going strong on this.

Our office received e-mail, my kids heard about it at school and no one wanted to go to the HEB with me.

Rumors of gang violence untrue
From staff reports - The Herald-Zeitung

The New Braunfels Police Department is reassuring residents worried about “planned acts of violence” at large area retailers that the rumors are untrue.

Police issued an announcement Thursday afternoon debunking the rumors after receiving calls from several residents who had been warned via e-mail and text messages of violence at the retail stores.

Police said officers had determined the rumors were unsubstantiated and likely the re-emergence of similar rumors that surfaced in 2005 and 2006.

For more information, police suggested that residents visit this Web site: www.snopes.com/crime/gangs/walmart.asp.
Posted by Sam at 6:51 AM