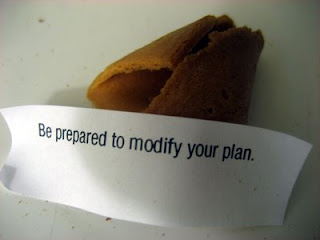 I bet his fortune cookie wasn't very good either.

(AP) LAWRENCE, Mass. -- A Massachusetts man had some misfortune when he allegedly tried to rob a Chinese restaurant.
Four plainclothes police officers were enjoying their dinner at the time.
Anthony Whitcomb of Methuen was arraigned Thursday in Lawrence District Court on charges of unarmed robbery, larceny, assault and battery on a police officer, and resisting arrest.
Authorities say he went into the Golden House Restaurant in Lawrence on Wednesday night and asked the cashier to change a quarter. When she opened the register, Whitcomb allegedly grabbed $150.
The Eagle-Tribune reports that the owner yelled "Robbery, police." Sgt. Robert Michaud, officers Ivan Resto, Marco Ayala and Jaime Adames chased Whitcomb out of the restaurant and captured him after a brief foot chase.
Posted by Sam at 7:42 AM