Good intentions could have bad results 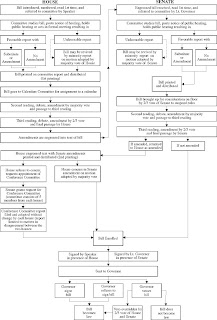 Obviously my office is involved in this matter and I won't say anything other than I get concerned for Constitutional reasons.

I believe it is a noteworthy matter for discussion.

A bill in the Texas House of Representatives seeks to give local governments legal recourse against “harassing” public information demands.

At the request of Comal County, District 73 Rep. Doug Miller filed the bill, which would allow governments to file suit in a Travis County District Court against individuals whose requests they feel take up an exorbitant amount of time and effort to fulfill.

“There are people out there that, for whatever reason, seek to harass local government, and they use the Public Information Act as a tool to carry out that harassment.” Miller said.

County officials say a few individuals abuse the system, making time-consuming information requests for no reason other than to harass county staff. While governments wouldn’t be allowed to seek monetary damages, having the option to take those individuals to court might stop them from continuing to waste county time and taxpayer dollars, Comal County Judge Danny Scheel said.

“This is not to prevent the public from getting any information they might need — it is simply to deter those who make it a hobby to harass governmental agencies,” Scheel said.

Under the bill, a government could sue an “abusive requestor,” someone it feels has made five or more information requests in a seven-year period that are meant to “harass, abuse, or waste public funds.” The district court then could prohibit that person from making another request for a period of up to five years.

Opponents of the legislation say governments already are sufficiently protected against frivolous information demands and that last session the Legislature gave them the right to charge additional fees to individuals whose requests take more than 36 hours to fulfill over a 12-month period.

“There are already adequate remedies in current law to deal with people who make voluminous public records requests,” said Fred Hartman, chairman of the legislative advisory committee for the Texas Daily Newspaper Association and the Texas Press Association. “The information governments collect belongs to the people, and Rep. Miller's legislation could have a chilling effect on access to information.

“Government shouldn't be judging why people make open records requests and shouldn't be put in charge of determining what is harassment or abuse versus what is legitimate use of information,” he added. “Further, government should not be allowed to have punitive powers of filing lawsuits against people seeking public information.”

The problem with the current laws, Comal County Assistant District Attorney Jennifer Tharp said, is that there is no way to guarantee that a person requesting information will pay for the documents they’ve demanded, and many don’t bother to collect the information once county staff has worked to determine the potential cost.

“Normal requests take no time at all,” Tharp said. “The problem is when we get open records requests that clearly seek to harass and waste taxpayer dollars, and those that are solely intending to waste taxpayers’ resources usually don’t follow through with a request once an estimate has been provided.”

County officials have said the need for the new laws stem from a large number of requests made by a few individuals in the county.

One of those individuals the county has identified is Douglas Kirk, a weekly newspaper publisher in Canyon Lake, who has filed more than 20 requests to the county since 2006.

Kirk said it shouldn’t matter how many, or how large a request someone files because government documents are every citizen’s rightful property.

“This seeks to give the government the power to shut up people that they don’t like,” Kirk said. “Every scrap of paper that they have belongs to us, and we’re entitled to see it.”

Miller filed House Bill 3641 prior to Friday’s deadline for legislation to be considered this session. It’s one of 32 bills the freshman legislator filed since taking office in January.
Posted by Sam at 6:29 AM