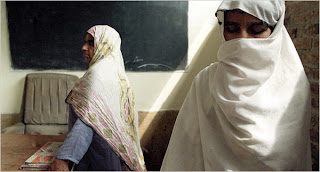 I volunteer to step up and take her punishment in her place. (And I'm Jewish so they'd really enjoy it i think)

Maybe if enough folks volunteer to do this the Saudi's will rethink this.

I doubt it, but I still volunteer to do this.

- A Saudi Arabian court has sentenced a 75-year-old Syrian woman to 40 lashes, four months imprisonment and deportation from the kingdom for having two unrelated men in her house, according to local media reports.

According to the Saudi daily newspaper Al-Watan, troubles for the woman, Khamisa Mohammed Sawadi, began last year when a member of the religious police entered her house in the city of Al-Chamli and found her with two unrelated men, "Fahd" and "Hadian."

Fahd told the policeman that he had the right to be there, because Sawadi had breast-fed him as a baby and was therefore considered to be a son to her in Islam, according to Al-Watan. Fahd, 24, added that his friend Hadian was escorting him as he delivered bread for the elderly woman. The policeman then arrested both men.

Saudi Arabia follows a strict interpretation of Islam called Wahhabism and punishes unrelated men and women who are caught mingling.

The Commission for the Promotion of Virtue and Prevention of Vice, feared by many Saudis, is made up of several thousand religious policemen charged with duties such as enforcing dress codes, prayer times and segregation of the sexes. Under Saudi law, women face many restrictions, including a strict dress code and a ban on driving. Women also need to have a man's permission to travel.

Al Watan obtained the court's verdict and reported that it was partly based on the testimony of the religious police. In his ruling, the judge said it had been proved that Fahd is not the Sawadi's son through breastfeeding.

Sawadi told the newspaper that she will appeal, adding that Fahd is indeed her son through breastfeeding.

The case has sparked anger in Saudi Arabia.

"It's made everybody angry because this is like a grandmother," Saudi women's rights activist Wajeha Al-Huwaider told CNN. "Forty lashes -- how can she handle that pain? You cannot justify it."

This is not the first Saudi court case to cause controversy.

In 2007, a 19-year-old gang-rape victim in the Saudi city of Qatif was sentenced to 200 lashes and six months in prison for meeting with an unrelated male. The seven rapists, who had abducted the woman and man, received sentences ranging from 10 months to five years in prison. The case sparked international outrage and Saudi King Abdullah subsequently pardoned the "Qatif Girl" and the unrelated male.

Many Saudis are hopeful that the Ministry of Justice will be reformed. Saudi King Abdullah bin Abdulaziz announced in February a major Cabinet reshuffling in which many hard-line conservatives, including the head of the commission, were dismissed and replaced with younger, more moderate members.

The new appointments represented the largest shakeup since King Abdullah took power in 2005 and were welcomed in Saudi Arabia as progressive moves on the part of the king, whom many see as a reformer. Among ministers who've been replaced is the minister of justice.

The actions of the religious police have come under increased scrutiny in Saudi Arabia recently, as more and more Saudis urge that the commission's powers be limited. Last week, the religious police detained two male novelists for questioning after they tried to get the autograph of a female writer, Halima Muzfar, at a book fair in Riyadh, the capital of the kingdom.

"This is the problem with the religious police," added Al-Huwaider, "watching people and thinking they're bad all the time. It has nothing to do with religion. It's all about control. And the more you spread fear among people, the more you control them. It's giving a bad reputation to the country."