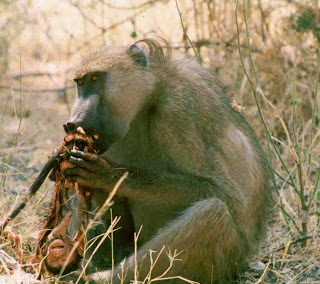 I just heard this on the radio this morning and found an article which is listed below; that there has been a bill sponsored which would make it a State Jail felony level offense (180 days to maximum 2 years in a State Jail Facility) if a mother kills her baby within one year of its birth and she has post-partum depression or is lactating!

The new offense is called Infanticide. It is the most irresponsible piece of crap I've heard in a long time. Okay right after President Obama's and Congress's budgets and stimuli packages.

If a mother is suffering from post-partum depression then she can claim an insanity defense and a jury can determine whether she was. making the murder of an infant a State Jail Felony is absolute Horse Dung.

Will it be open season on babies? What about other kids in the house, and spouses, and relatives and people at the mall or HEB? Where would it stop?

Postpartum mental disorder could be used as a legal defense for women who kill their children under a bill introduced in the Legislature.
The bill was filed this month by Rep. Jessica Farrar, D-Houston, and it applies to women who commit the crime within a year of giving birth, The Dallas Morning News reported in Sunday editions. If jurors find a mother guilty of murder, they could take testimony about postpartum issues into consideration during the trial's punishment phase.
If jurors find that the woman's judgment was impaired because of childbirth or lactation, they could judge her guilty of infanticide, a state jail felony that would carry a maximum punishment of two years in jail.
If lawmakers approve the measure, Texas would become the first state to have an infanticide law, said George Parnham, the Houston attorney who defended Andrea Yates.
"It's something every civilized country has on its books," said Parnham, who supports the legislation. "The only thing that will change public attitude is education about postpartum issues."
McKinney attorney David Haynes, who defended Dena Schlosser, said Farrar's bill "recognizes the great stress that some mothers are under when they suffer from postpartum depression."
Yates drowned her five children -- ranging in age from 7 years to 6 months -- in June 2001 at her family's home in Houston. She was convicted of capital murder and sentenced to life in prison in 2002.
An appeals court in 2005 overturned her conviction because of some erroneous testimony. Yates was found innocent by reason of insanity in July 2006 and sent to a state mental hospital.
Schlosser, who killed her 10-month-old daughter in 2004 by cutting off her arms with a kitchen knife, was recently released from the state mental hospital where she'd been sent after being found not guilty by reason of insanity.
Schlosser was released into outpatient treatment because her doctors believe she's mentally stable, a Collin County prosecutor has said. She is required to see a psychiatrist once a week, take medication, be on a physician-approved birth control and not have any unsupervised contact with children.
Shannon Edmonds, legislative liaison for the Texas District & County Attorneys Association, said the legislative proposal would have to be thoroughly reviewed.
"Anytime something novel like this is proposed," he said, "it needs to be fully vetted so that legislators can make informed decisions and be sure there are no unintended consequences."
Postpartum depression is recognized as a legal defense in at least 29 nations, including Britain, which has had an infanticide law since 1922.
"These countries have accepted the reality of postpartum mood disorders," said Susan Dowd Stone, chair of the President's Advisory Council for Postpartum Support International, a California-based advocacy group.
Postpartum psychosis is a rare condition that generally affects women with extreme sensitivity to hormonal fluctuations and a history of mental illness, Stone said.

"We do not want women who abuse children to use this defense," Stone said. "There are very clear guidelines for postpartum psychosis."
Even though Stone believes that women who suffer from postpartum disorder need treatment, not imprisonment, she recognizes that "infanticide with no jail time would not fly. Our country is not ready for that."
Posted by Sam at 7:05 AM