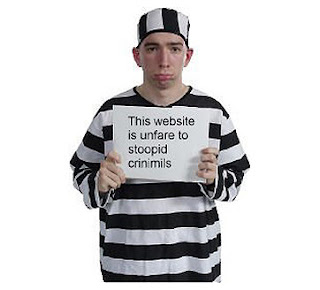 Just after 3 p.m. Thursday, a man grabbed a ring from the hand of the owner of Johanna's Fine Jewelry Design, 1403 Ave. D, in Snohomish, and ran out of the store.

The owner later remembered that before the robbery he overheard the same man saying that he needed money to bail his girlfriend out of jail. The owner even heard the first name of the girlfriend.

Once police learned this information, they checked records at the Snohomish County Jail. Sure enough, a woman by the same name had just been bailed out of jail. Police contacted the bail bonds company that had arranged for the release and learned the man who paid the bond has used a ring for collateral.

Police were able to identify the robber and arrest him.