Smile; you're on Candid Camera! 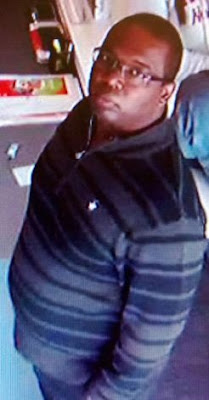 Well this picture sure is pretty good.

He shouldn't be hard to find at this point.


Police hope to nab a cellphone thief using surveillance footage that captured the man's face as he stole two phones each from two area AT&T stores in December.

The first theft occurred the afternoon of Dec. 6 when he stole two Samsung Galaxy cellphones from a store in the 6000 block of Northwest Loop 410, between Bandera and Ingram roads on the Northwest Side.

Five days later, he walked into an AT&T store at Texas 151 and Potranco Road on the far West Side and took an Apple iPhone 4S and a Samsung Galaxy Note.