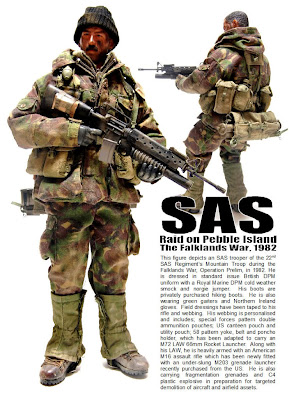 The beat of the war drums increase and its all the fault of Argentina.

Argentina pulls out of Falklands talks
A diplomatic dispute has erupted over the Falkland Islands after the Argentine foreign minister pulled out of talks with William Hague because the UK Government insisted that islanders should be able to take part.
By Peter Dominiczak - The Telegraph


Hector Timerman has refused to meet representatives of the Falkland Islands government, which Argentina does not recognise as legitimate.
The islanders were expected to tell Mr Timerman that Buenos Aires should respect islanders' rights and leave them in peace.

Mr Timerman had initially asked for a one-to-one meeting with Mr Hague.

In words bound to raise tensions between the UK and Argentina over the issue Mr Timerman said he was sorry that Mr Hague "can't meet without the supervision of the colonists from the Malvinas".