Obamaphone! Don't leave home without one 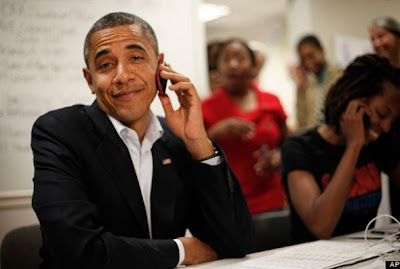 Of course they never proved they were elligible.

Its they felt entitled to get one.

The U.S. government spent about $2.2 billion last year to provide phones to low-income Americans, but a Wall Street Journal review of the program shows that a large number of those who received the phones haven't proved they are eligible to receive them.

The Lifeline program—begun in 1984 to ensure that poor people aren't cut off from jobs, families and emergency services—is funded by charges that appear on the monthly bills of every landline and wireless-phone customer. Payouts under the program have shot up from $819 million in 2008, as more wireless carriers have persuaded regulators to let them offer the service.

Suspecting that many of the new subscribers were ineligible, the Federal Communications Commission tightened the rules last year and required carriers to verify that existing subscribers were eligible. The agency estimated 15% of users would be weeded out, but far more were dropped.