The President didn't even get to vote present 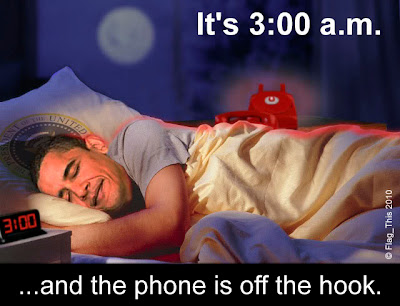 But I thought they said everyone was on top of it all?

Nope, no one was apparently home.

Defense Secretary Leon Panetta testified this morning on Capitol Hill that President Barack Obama was absent the night four Americans were murdered in Benghazi on September 11, 2012:

Panetta said, though he did meet with Obama at a 5 o'clock prescheduled gathering, the president left operational details, including knowledge of what resources were available to help the Americans under siege, "up to us."

In fact, Panetta says that the night of 9/11, he did not communicate with a single person at the White House. The attack resulted in the deaths of four Americans, including Ambassador Chris Stevens.

Obama did not call or communicate in anyway with the defense secretary that night. There were no calls about what was going on in Benghazi. He never called to check-in.