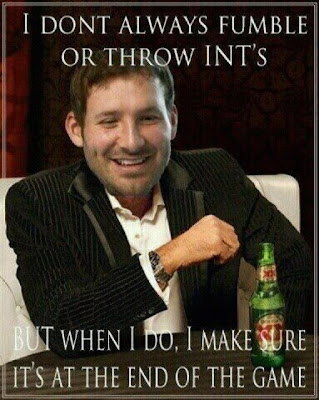 Just what the hell are the Cowboys Front Office folks smoking, snorting, or injecting themselves with?

Whatever it is must be addling their senses.

Extending Romo’s contract would also give Dallas some much-needed salary cap relief, but Jones indicated that’s only a small factor in why the team wants Romo to finish his career as a Cowboy.

“I think on this particular situation with Tony is we think we have a great quarterback and we want him to be our quarterback here for the next 4-5 years,” Jones told KRLD-FM, per the Dallas Morning News’ web site. “We’re fortunate that we have a really good quarterback, if not a great one. He deserves to be paid. He’s in the last year of his contract. Our goal is to not let our quarterback run out of contract. We have a good one here and we want to reward him.