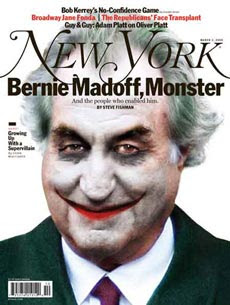 I'm trying to dredge up a tear or two.

Bernie Madoff says he is frustrated.

Writing to me from the federal prison where he is serving a life sentence for his epic fraud, Madoff said he is not getting credit for what he calls his "instrumental" role in returning money to his victims. Madoff wrote that he is so frustrated, he is having second thoughts about having pleaded guilty four years ago.

The email tirade — six e-mails in all — follows comments this week by court-appointed trustee Irving Picard, who revealed to CNBC Tuesday that he will seek court approval for another distribution of funds to Madoff victims. That would bring the total payout to more than $5 billion, out of more than $9 billion recovered so far. But Picard said his success is no thanks to Madoff.