Praying they all will be okay 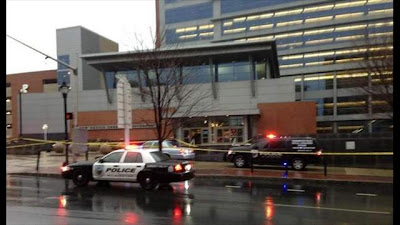 
WILMINGTON, Del. (AP) — A Wilmington police spokesman says three people were shot at the New Castle County Courthouse in Wilmington and a suspect is in custody.

Wilmington police Cpl. Jamaine Crawford says two women and a man were shot early Monday and that the man was a security person. Crawford says he does not know the condition of the three people who were shot.

The person in custody is a man.