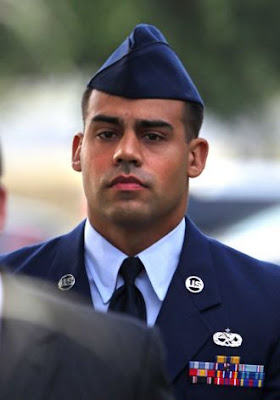 Perhaps he will understand mow.

An Air Force basic training instructor facing 22 years in prison was given 21/2 years Thursday after he was found guilty on all but one of nine charges that included a 2011 tryst with a recruit.

Staff Sgt. Craig LeBlanc, 27, was the eighth trainer to be tried for sexual misconduct at Joint Base San Antonio-Lackland in an ongoing scandal, which has become the largest ever in the Air Force.

So far, 32 instructors have been charged with having illicit contact with 62 recruits and technical training students.