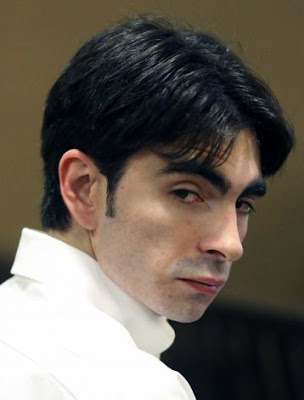 I doubt the jury will give him probation, at least if what the paper reports as evidence at the Punishment Phase of his trial is correct.

Moments after drunken wrong-way driver Robert Samuel Stinziano sliced motorist Karla Merrie Viesca's Honda Civic in half, leaving her dead in the middle of Blanco Road, witnesses rushed to his sedan to find him passed out over the steering wheel.

“I'm not driving. I'm not driving. Who put me in this seat?” he repeatedly said after regaining consciousness, multiple witnesses told a jury Tuesday as Stinziano's punishment-only intoxication manslaughter trial began.

Moments later, the same witnesses noticed that Stinziano had moved to his passenger seat. Gurgling noises could be heard underneath him.