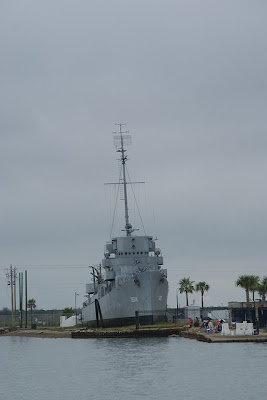 Wait, I think I answered that, they're assholes.

GALVESTON, Texas (AP) — Four men have been arrested on criminal mischief charges for vandalizing a World War II ship on display at a Galveston park.

The USS Stewart, a destroyer escort, at SeaWolf Park had been restored since being damaged during Hurricane Ike Sept. 13, 2008.

Before dawn Thursday, police found four men hiding aboard the ship, which they had covered with fire extinguisher powder. The men allegedly sprayed the substance over the deck and much of the ship's interior