A note of caution 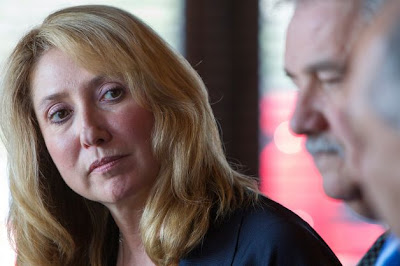 I do not understand how some, particularly those in law enforcement, can think or believe that gun bans or taking guns away from law-abiding citizens will solve the problem of criminals committing criminal acts with guns.  All one has to do is look to Chicago which has one of the tightest gun control laws on the books to see how well that's working for them.

All you would be doing is disarming citizens, while the criminals will still have guns.  How long does it take for the police or sheriff's deputies take to respond?  At least here where I live , its not going to be 3-5 minutes, no way, no how.

Sgt. Vann, with all due respect, I am truly sorry for your loss however, don't make us lose our 2d Amendment rights because of your grief.

As sheriff's Deputy Yvonne Vann and a canine unit searched an abandoned lot for a fugitive one night in 1999, she heard what sounded like steadily approaching whispers. She soon realized they were gunshots.

A nearby homeowner with a hunting rifle had taken aim at Vann and the other deputy as they searched the brush near the Buena Vista neighborhood in southern Bexar County, not realizing they were police officers. Vann said she managed to drag the other deputy to the ground before the shooter could hit them.

In the years since, she's wondered what would have happened if the gunman had a high-capacity magazine in his rifle.