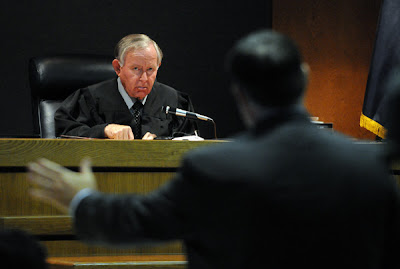 Thank you Doctor for coming and testifying.

The trial is scheduled to continue this morning at 9:00 a.m.

NEW BRAUNFELS — Comal County prosecutors had a medical examiner testify Thursday about her findings in the 2010 investigation into a disabled New Braunfels woman’s death.

On the stand in the murder trial against Albert Rodriguez Medellin, Dr. Jennifer Rulon said Antonia Espinoza, 31, suffered many complications while in a coma for several months. She said, however, that Espinoza died from lack of oxygen to her brain due to Medellin assaulting her.

“She had been assaulted several months prior to death,” Rulon testified. “But for that assault, she probably would not have had all these complications and so we ruled it a homicide.”