A story that will touch your hearts 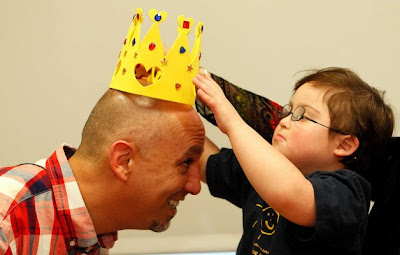 That other family were jerks.

Near a classroom window, 5-year-old Milo Castillo fumbled with a golden, bejeweled crown. Michael Garcia, kneeling in front of him, patiently waited with his head bowed.

The crown shifted from between the boy's fingers, but he quickly grasped both sides and gently placed it on top of Garcia's head.