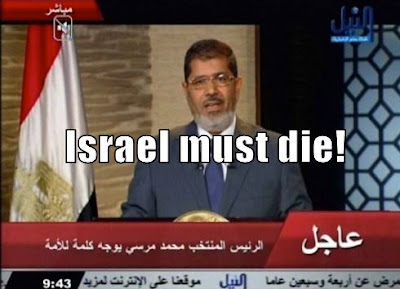 by: Al-Masry Al-Youm - The Egypt Independent

Essam al-Erian, deputy head of the Muslim Brotherhood's Freedom and Justice Party, called on Egyptian Jews to leave Israel to the Palestinians and return to their own homeland.

"Their presence in Palestine contributes to the Zionist occupation of Arab lands, and every Egyptian has the right to live in his country — nobody can deny that," Erian said during an interview on the privately operated Dream TV on Thursday. ...

"Egyptian Jews should refuse to live under a brutal, bloody and racist occupation stained with war crimes against humanity," Erian said.