My gun is shiny! 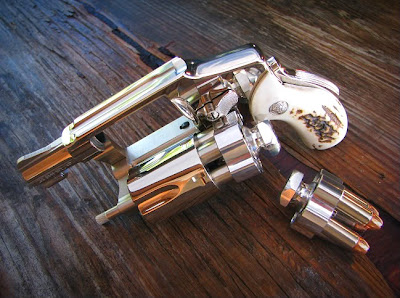 I guess this falls under the saying "Do unto others before they do unto you!"

Three people were shot after reportedly showing off a new revolver on the West Side late Saturday.

According to San Antonio police, the trio had bought a firearm hours earlier, and “had gone around the area threatening people with it,” a police spokeswoman said.

Around 10 p.m., one of the men they'd threatened armed himself and went to Cortez Avenue and Jewett Street to wait for them, police said.