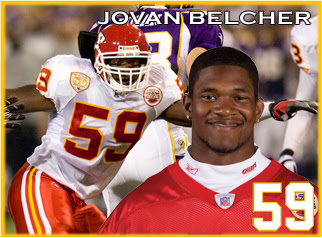 No trial, he's answering to a higher authority as we sit here.

Breaking News:  CBS is reporting it was LB Jovan Belcher

Police are investigating two deadly shootings Saturday morning that they said are related.

The shootings involve a Chiefs player and his girlfriend.