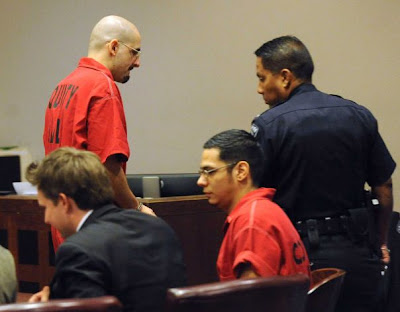 The beat goes on.

A death row inmate and a murder convict serving a life sentence each have testified this week in the same Bexar County courtroom as appellate attorneys for condemned killer Noah Espada continue their effort to get him a new trial.

Espada, 28, has been awaiting execution since 2005 for the slayings a year earlier of a nightclub manager who had fired him and a neighbor of the manager whose apartment Espada mistakenly broke into.

But when jurors ordered the death penalty for Espada — based in part on the determination that he would be a future danger to society even if left in prison — they had a false impression of the defendant due to perjured testimony by a former jailer, his appellate attorneys and witnesses have suggested.