Spare me your denials 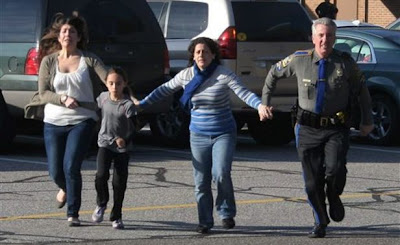 Read it and weep for the fallen innocents.

Beneath the expressions of grief, sorrow and disbelief over the Connecticut school massacre lies an uneasy truth in Washington: over the last few years the Obama administration and Congress quietly let federal funding for several key school security programs lapse in the name of budget savings.

Government officials told the Washington Guardian on Friday night that two Justice Department programs that had provided more than $200 million to schools for training, security equipment and police resources over the last decade weren't renewed in 2011 and 2012, and that a separate program that provided $800 million to put police officers inside the schools was ended a few years earlier.

Meanwhile, the administration eliminated funding in 2011-12 for a separate Education Department program that gave money to schools to prepare for mass tragedies, the officials said.