What a drag this will be 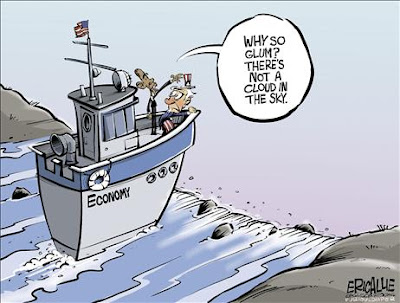 And so it begins.

The drag on the economy that many feared would occur due to the Affordable Health Care Act a/k/a Obamacare.


Like many franchisees, Robert U. Mayfield, who owns five Dairy Queens in and around Austin, Tex., is always eager to expand and — no surprise — has had his eyes on opening a sixth DQ. But he said concerns about the new federal health care law had persuaded him to hold off.

"I'm scared to death of it," he said. "I'm one of the ones sitting on the sidelines to see what's really going to happen."

Mr. Mayfield, who has 99 employees, said he was worried he would face penalties of $40,000 or more because he did not offer health insurance to many of his full-time workers — generally defined as those working an average of 30 hours a week or more. Ever since the law was enacted in 2010, opponents have argued that employers who were forced to offer health insurance would lay off workers or shift more people to part-time status to compensate for the additional cost. Those claims have drawn considerable attention — and considerable anger in response — in recent weeks.