More defendants to hang out to dry in Maverick County 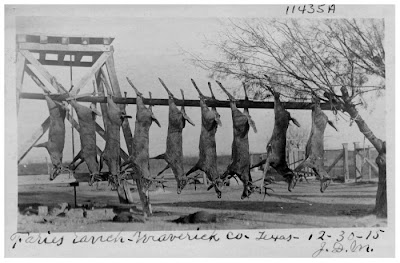 An ever-expanding pool of defendants.

A contractor in Eagle Pass is the latest to fall in an ever-expanding federal corruption investigation in Maverick County.

Eduardo De La Garza, 44, owner of Rio Bravo Construction, turned himself in after being indicted Thursday on three counts of paying bribes to get contract work involving federal funds from Operation Stonegarden, which earmarked hundreds of thousands of dollars for securing the border.

Investigation records show the FBI and Texas Department of Public Safety have their sights on many others, including county commissioners, people in the county auditor's office and other public servants.