The face of madness 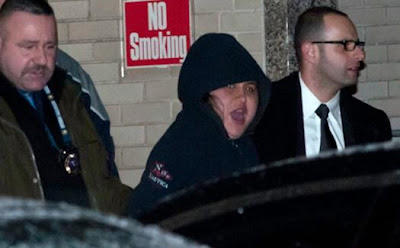 NEW YORK (AP) — A woman who told police she shoved a man to his death off a subway platform into the path of a train because she has hated Muslims since Sept. 11 and thought he was one was charged Saturday with murder as a hate crime, prosecutors said.

Erika Menendez was charged in the death of Sunando Sen, who was crushed by a 7 train in Queens on Thursday night, the second time this month a commuter has died in such a nightmarish fashion.

Menendez, 31, was awaiting arraignment on the charge Saturday evening, Queens District Attorney Richard A. Brown said. She could face 25 years to life in prison if convicted. She was in custody and couldn't be reached for comment, and it was unclear if she had an attorney.