A Night in Old San Antonio 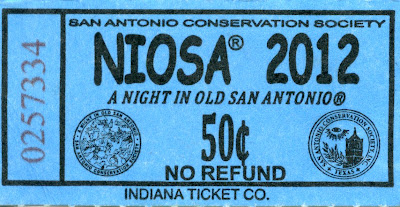 
One dead, two injured in shooting at South Side party
By Michelle Casady - Express-News

A party Nick Salinas, 17, and his parents were hosting in south Bexar County for a long-time friend's 20th birthday ended fatally when a guest opened fire early Saturday.

Bexar County Sheriff's Sgt. Raymond Pollard said it was just after 3 a.m. when Anthony Stevens Terrell, 22, was shot and killed in front of the home in the 4400 block of Countess, located west of Highway 16 and south of Loop 1604.

Salinas' 14-year-old cousin was shot in the head and might not be able to walk or talk again if she survives, he said.