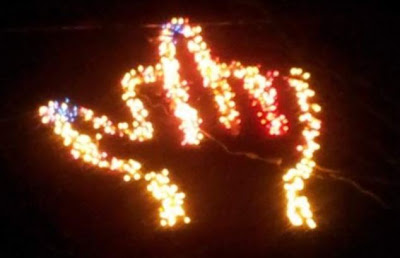 NEW ORLEANS (AP) — A Louisiana woman ran afoul of police when she gave her neighbors an unusual holiday greeting, hanging Christmas lights in the shape of a middle finger.

Sarah Childs was in a dispute with some of her neighbors in Denham Springs, just east of Baton Rouge, so she decided to send a message with her decorations. Neighbors complained and police threatened to arrest her, so she and the American Civil Liberties Union of Louisiana sued the city.

A judge ruled in her favor Thursday.