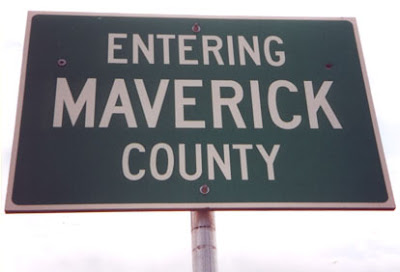 Corruption along the Mexican Border??!!

A tenth person has been charged in an ongoing federal and state probe of public corruption in Maverick County that has already claimed seven county employees.\

Javier Gonzalez, a county probation officer and general contractor, was arrested Wednesday after a federal grand jury in Del Rio indicted him for his role in a bribery, kickback and bid-rigging scheme, according to federal officials.

The indictment accuses the 42-year-old Eagle Pass resident of bribing an employee in the county auditor's office to ensure payment of $35,100 that Gonzalez had bid for sidewalk construction. The project — on Lago Vista Street in Eagle Pass — however was never done.