Look for a mouthbreather 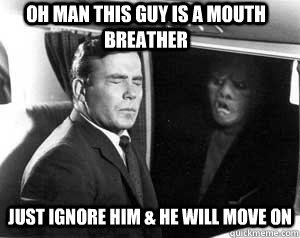 This will only encourage more idiots to do this.

A bomb threat prompted the evacuation of a downtown movie theater Saturday night. Around 8 p.m., San Antonio police were called to the AMC Theater in Rivercenter Mall to investigate a bomb threat, a department spokesman said.

Officers helped to evacuate the theater and searched it for anything suspicious, but nothing was found.

Although police allowed patrons back inside the theater, management opted to close for the night.
Posted by Sam at 9:46 AM