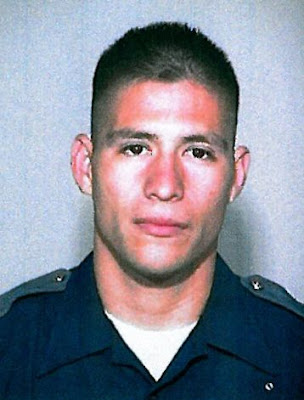 The result of bad choices and decisions.

Michael Garza was drinking on the job the night of July 26 when he later shot and killed the ex-boyfriend of his girlfriend, according to a letter outlining the reasons for the undercover police officer's indefinite suspension.

The letter, signed by Chief William McManus, details the infractions — not being truthful, not fulfilling a responsibility to serve the public, drinking on duty, misuse of city cellphone and vehicle — that led to Garza's suspension, which is tantamount to being fired.

Garza, 33, a 10-year SAPD veteran, is appealing the suspension, which was effective Nov. 20. A message left at the office of his attorney, Bob Leonard, wasn't returned Thursday.