Another day in the Mexican drug wars 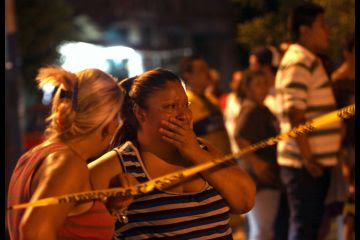 Authorities first found the cut-up bodies of two women and three men late Thursday in a potato chip delivery truck abandoned in the parking lot of a supermarket in the town of El Mante, a Tamaulipas state official said. He spoke on condition of anonymity because he was not allowed to talk about the case.