No longer a fugitive 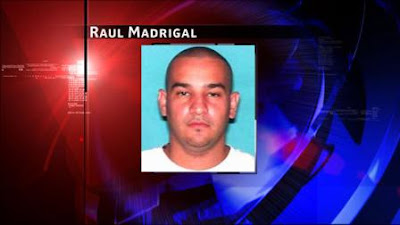 A long-sought American gangster known for flashy cars, flipping off the feds and fleeing south of the border has been captured in Mexico and sent back to the United States.

Federal agents have been chasing Raul Sergio Madrigal since 2009 when — apparently spooked by pending charges — he ran away to Mexico and left behind his stable of BMWs, Maseratis, a Bentley and a Hummer.

Authorities contend Madrigal, 33, is a member of the largest gang in Texas and ran a major drug-distribution network for the Gulf Cartel.

He is in U.S. custody after being snagged near Monterrey, Mexico, authorities said Friday.