The Mom of the Year Award goes to ... 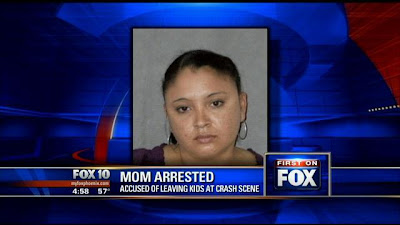 PHOENIX - A valley mom has been accused of crashing her car while driving drunk in Scottsdale.

She fled the scene and police say she left behind her son. The accident happened at 90th St and Raintree in north Scottsdale Sunday night.

Police say the woman left her 13-year-old son behind after crashing into a median and took off with her other two kids. Brianna Railing, 35, was also allegedly driving with a drink in her car.