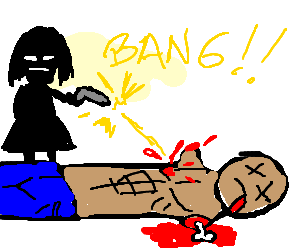 I bet they'll get a divorce in the near-future.

BTW, I love the Australian ads below!


A woman shot her husband Saturday night on the West Side after they had an argument, police said.

The couple were fighting in the 500 block of Upland Creek about 9:30 p.m. when she grabbed a handgun and shot him in the side, SAPD Sgt. Steve Almanza said.

The man was taken to a hospital by EMS, but his injuries were not considered life-threatening, Almanza said.
The woman fled, and police were still looking for her as of 10:30 p.m.