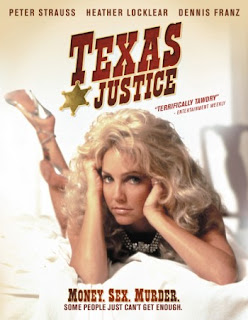 An unfortunate black-eye to law enforcement in the State of Texas.

However, they are being brought to justice.

17 from Texas jail charged in drug, sex crimes
By ANGELA K. BROWN Associated Press Writer
FORT WORTH, Texas (AP) -- A former sheriff and several ex-jailers were among 17 people named Friday in a 106-count indictment on charges ranging from having sex with inmates to bringing them drugs at a now-closed county jail.
Former Montague County Sheriff Bill Keating was charged with official oppression and having sex with inmates, according to the indictment. Keating was defeated in a primary election last spring.
Several female jailers were charged with having sex with inmates and bringing them drugs, cell phones and cigarettes, while several male jailers were charged with drug possession and with bringing inmates banned items, according to the indictment.
Several inmates also were charged with drug possession, according to the indictment.
State District Judge Roger Towery has sealed the names in the indictments until the suspects are arrested, but their jobs and charges were made public.
Keating's attorney, Mark Daniel, told The Associated Press his client would surrender "in due time."
The charges against Keating are "kind of silly in the face of the federal investigation, like piling on," Daniel said.
Keating, 62, has pleaded guilty to a federal civil rights violation in an unrelated case involving the sexual assault of a woman. He is to be sentenced to up to 10 years in federal prison in May. Keating told a woman she would be jailed on drug charges unless she had sex with him.
Montague County District Attorney Jack McGaughey said none of the jailers indicted Friday still works there, but the inmates were in custody.
The FBI last year raided the Montague County jail, about 65 miles northwest of Fort Worth, but authorities have declined to say what led to the investigation.
Sheriff Paul Cunningham closed the jail and transferred inmates to a nearby facility hours after he was sworn in Jan. 1. He said he discovered that surveillance cameras' cords had been disconnected; recliners were in cells; some bathrooms and cells could be locked from the inside; and inmates had made partitions out of paper towels to block jailers' view inside their cells.
If convicted, Keating could face up to a year in jail on the official oppression charge, and up to two years on the charge of improper sexual activity with someone in custody.
Providing drugs or other prohibited substances to inmates and drug possession in a jail carry a maximum punishment of 10 years in prison
Posted by Sam at 6:47 PM