Busy hands are the devil's playground 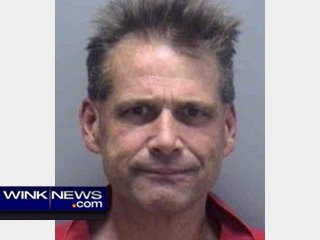 You know, just looking at this guy's mug shot makes you believe he is capable of doing this.

I mean he looks like the kind of guy who would do this.

His parents must be proud.

Busted for getting busy with sex blow-up dolls
Wink news.com

CAPE CORAL, Fla. - A man was busted for getting busy with sex blow up dolls.

A family parked next to him says Bartusek wasn't hiding what he was doing at all.

The manager of the Publix told police he had asked Bartusek to leave, but the man refused and stayed inside his car.

According to the arrest report, Bartusek told police that he was in the parking lot to go to Target and get some clothes for his dolls.

Officers confiscated his shorts, which allegedly had an opening in the crotch area. They say he was not wearing underwear when he was arrested. Police gave him a gown to wear.

Officers later removed the car from the parking lot with the inflatable dolls still inside.

Bartusek faces trespassing and disturbing the peace charges.
Posted by Sam at 7:41 AM