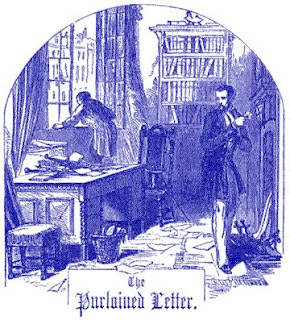 Well, that's not a very smart place to hide.

Except sometimes you can hide things in plain view but that's usually something fairly innocuous like a letter. Not an escaped juvenile prisoner.


Escaped prisoner turns up in judge's trunk
The Macomb Daily

MOUNT CLEMENS, Mich. (AP) - A Michigan judge says he's learned a lesson about locking his car after a 16-year-old prisoner who escaped from a courthouse cell was found hiding in the vehicle's trunk.

The Macomb Daily reports the teen had vanished Friday after appearing in juvenile court in Mount Clemens on a probation violation.

Sheriff's deputies searched for about an hour until a security officer became suspicious when he saw a picture that had fallen to the ground outside judge's car.

A deputy checked the car and found the boy in the trunk.

The judge says that from now on he will lock the car when he's at the courthouse.