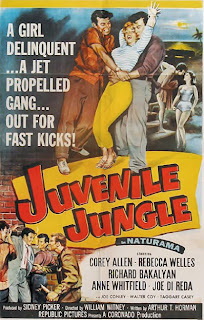 Then on the other hand you have a case like this involving an 11 year old.

WAMPUM, Pa. - An 11-year-old boy has been charged in the shotgun death of his father's pregnant girlfriend, who was found slain in a bedroom of her western Pennsylvania farmhouse, authorities said Saturday.

Jordan Brown was charged as an adult in the shooting death of Kenzie Marie Houk, who was 8 months pregnant, Lawrence County District Attorney John Bongivengo said at a news conference.

Police said Houk's 4-year-old daughter found her mother's body Friday morning in a bedroom of their home in a wooded area in the community of Wampum. Houk's other daughter, who is 7 years old, later told police that Brown killed her mother, Bongivengo said.

Police said the boy had been arraigned in district court and placed in the county jail.

The home, located at the end of a half-mile-long driveway along a road scattered with abandoned and burned-out trailers, was cordoned off with yellow police tape and a Pennsylvania State Police vehicle was parked out front early Saturday afternoon. Next to the house was farm equipment and a barn filled with hay.

A neighbor, Cameron Tucker, said Houk was engaged and had been renting the house for no more than a year. Tucker said he had never met Houk's fiance, but that both of them had children.

"She was very protective of her kids," he said, adding that she seemed very excited about her pregnancy.

Tucker's wife sometimes drove Houk's daughter to the bus stop because she went to preschool with the Tuckers' 5-year-old.

WPXI-TV identified the dead woman's father as Jack Houk. There was no immediate response Saturday to a call by The Associated Press seeking comment from a Jack Houk of New Castle, a town next to Wampum.

A preliminary hearing is set for Thursday.

The rural community is about 35 miles northwest of Pittsburgh.