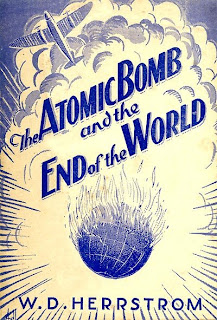 Why is this being posted here?

Because I think allowing Iran to become a nuclear power would constitute a crime against humanity.

If you don't agree and believe they are only doing this to develop peaceful uses for nuclear energy, I hope you're right.

BTW Santa Claus and the Easter Bunny aren't real either.


Iran says it has successfully carried out a test run of its first nuclear plant, a move that will raise concerns in the West over Tehran's atomic ambitions.

The long-delayed reactor, in the southern port city of Bushehr, could come on line within months, Gholam Reza Aghazadeh, the head of Iran's Atomic Energy Organisation, said on Wednesday.

"Today was one of the most important days for the Iranian nation,'' Aghazadeh said.

"We are approaching full exploitation of this plant."

Iran is also expanding its uranium enrichment programme, with the number of centrifgues at the Natanz enrichment site increasing to 6,000 from 5,000 last November, Aghazadeh said.

His claim defies a report by the International Atomic Energy Agency last week, which said Iran was slowing down its uranium enrichment programme, increasing the number of centrifuges by only 164 since November.

The announcement of the test run followed Russian officials earlier saying that the plant's construction was complete.

The move is Iran's latest defiance of the UN's demands that Tehran suspend its enrichment programme because of fears it could be used to produce nuclear weapons.

Iran has maintained that it only seeks to create nuclear energy for peaceful purposes.

The Bushehr power plant was built with Russian help and will run on enriched uranium imported from Moscow.

This has worried the West because the spent fuel could be turned into plutonium, a potential material for nuclear warheads.

Alireza Ronaghi, Al Jazeera's correspondent in Iran, said there is still some way to go before Iran has a fully functioning nuclear reactor.

"It's just a step towards the final implementation which is still very long away. It doesn't mean that they are only a few buttons away," Ronaghi said.

Aghazadeh said: "We are doing what we need to do in Natanz on the basis of a specific time schedule."

He said tests on the Bushehr plant should take between four and seven months.

"And if they go smoothly, then it [the launch of the plant] will be even sooner," he said.

"Iranians are showing again that they are making progress in their nuclear race."

"This should be understood as very bad news for the whole of the international community," he said, and called for, "immediate and very determined steps in order to prevent Iran from becoming a nuclear power."