A different kind of horse in gym class 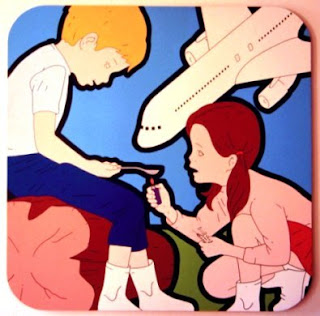 Second graders taking heroin to elementary school? Where did they get it?

I'd sure be talking to their parents first and hard.

Five second grade boys from a school in South Philadelphia were taken to the hospital Tuesday after a teacher found them to be in possession of heroin in gym class.
Authorities say a physical education teacher at McDaniel Elementary School at 1901 S. 23 Street noticed the children in his class handling small packets containing an unknown substance.

The teacher confiscated the packets and police were notified.

"Those students that may have touched those objects were isolated and taken to Children's Hospital just for observation. There were no injuries or sickness that we know of," said Philadelphia Police Lt. Frank Vanore.

Authorities say one of the five students actually put the drug in his mouth and then spit it out.

Philadelphia Police South Detectives are investigating how the students got their hands on the drugs and a letter was sent to parents notifying them of the incident.

Investigators say they intend to interview the students involved in the incident and their parents.
Posted by Sam at 7:27 AM