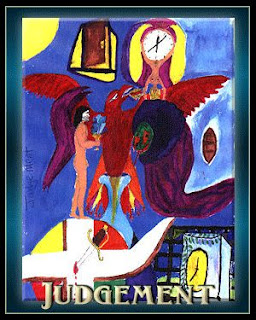 It sounds like he was bench-warranted to a different jurisdiction to stand for judgment.

Milton Merle Milburn, convicted of one of the largest acts of arson in Comal County’s history, died Sunday in prison.

The San Antonio native was serving a 50-year sentence after being found guilty in 2002 of robbing and intentionally setting fire to a barn owned by Carl Doeppenschmidt, a blaze that caused more than $500,000 in damage and destroyed numerous classic automobiles and family heirlooms.

“Everyone should feel better knowing that he’s not going to be out, and we won’t be watching our backs,” said former Comal County Fire Marshal Lin Manford, who was the chief investigator on the case. Manford said he received word Monday from the Texas Department of Criminal Justice of Milburn’s death.

After a weeklong trial in May 2002, a jury found Milburn guilty of theft and arson after he allegedly stole items from the Doeppenschmidt barn off Texas Highway 46 and then doused the barn in gasoline and burned it to the ground on Dec. 18, 2000.

Among Doeppenschmidt’s possessions lost in the fire were a 1955 Ford Thunderbird, a 1958 Chevrolet Bel Air, a mahogany power boat built in 1937 and a 1954 Cadillac ambulance — one which had been had been used in the family business for many years.

“It’s something you never forget,” Doeppenschmidt said Monday of the incident.

He said the barn had been rebuilt in the nine years since it was destroyed, but out of $500,000 worth of belongings, the only things that survived the fire were a pair of spurs and two cowbells.

Milburn’s arrest came after a yearlong investigation that eventually used DNA evidence, witness testimony and a hat owned by Milburn found at the scene of the crime to convince a jury that he started the fire.

Milburn was already on parole for an armed robbery in San Antonio, and then-District Attorney Dib Waldrip described him as a menace to society.

Manford, now retired, had written letters to the parole board as recently as a month ago to make sure Milburn would not be released from prison. He was denied parole a final time two weeks ago before dying on Sunday. A cause of death was not released.
Posted by Sam at 6:26 AM