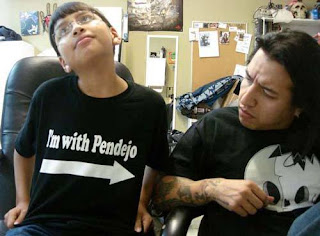 Can you say pendejo?

Do they know what a pendejo is up in Iowa city.

They do now, just look to this guy.

IOWA CITY, Iowa (AP) - Authorities say an Iowa City man may not have picked the best time to get loaded when he showed up drunk to serve a public intoxication sentence. Now he faces another charge.

Police say the 19-year-old showed up at the Johnson County Jail on Tuesday to serve his three-day sentence and officials smelled alcohol on his breath.

Court records say tests showed the man had a blood-alcohol content of 0.101 percent when he arrived at the jail.

A court date on the new charge hasn't been set.